Loki is a multi-tenant log aggregation system inspired by Prometheus.
It is cost effective, easy to operate and allows viewing logs directly in Grafana.
In this blog post, I will show how to setup a Loki container using docker compose, how to define the Loki logging driver to automatically ship all container logs and finally, how to view the logs in Grafana.

I have been using Loki in a development setup with 24 services for three months now and had zero problems with it.
It really makes the developers life easier, especially after chasing log files in 20 different terminals.
From what I have read, Loki was battle tested by Grafana, so I am sure it is capable of running in production just fine.

First of all, we will need to define a Loki container in the docker-compose.yml. The command part tells Loki to read the config from the local-config.yaml which is added as a volume.

The local-config.yaml is a default from the Loki Github page.

Here is an example config.

Adding Loki as a Logging Driver

Don’t forget to restart the docker daemon after installing the plugin.

If you are on Mac:

If you are on Linux:

After installing the plugin, verify it is enabled.

Using Loki as a Logging Driver

There are two ways, I will cover, to change the logging driver, either directly in the docker compose file or in the daemon.json file of the docker daemon.

The default driver is json-file, but we can easily change it to loki, thanks to the docker plugin we installed earlier.
The loki-url option tells where to ship the logs, which in this case is to our local loki instance.
For a complete options list check the loki logging driver options

After you run docker-compose up all container logs will be sent to Loki.
One thing to note is, there is an error after running the containers, which says

Nevertheless, all container logs are successfully sent to Grafana every time.
Because I use Loki in a development setup, I ignore this message, but if you want to run this in production, I would ensure that it is minor.
After all containers are up, you can still do docker logs command and it will work, so I am guessing the error above has something to do with container startup time.

Login to your Grafana instance and add a new data source of type Loki. Make sure the Grafana can reach the Loki instance. 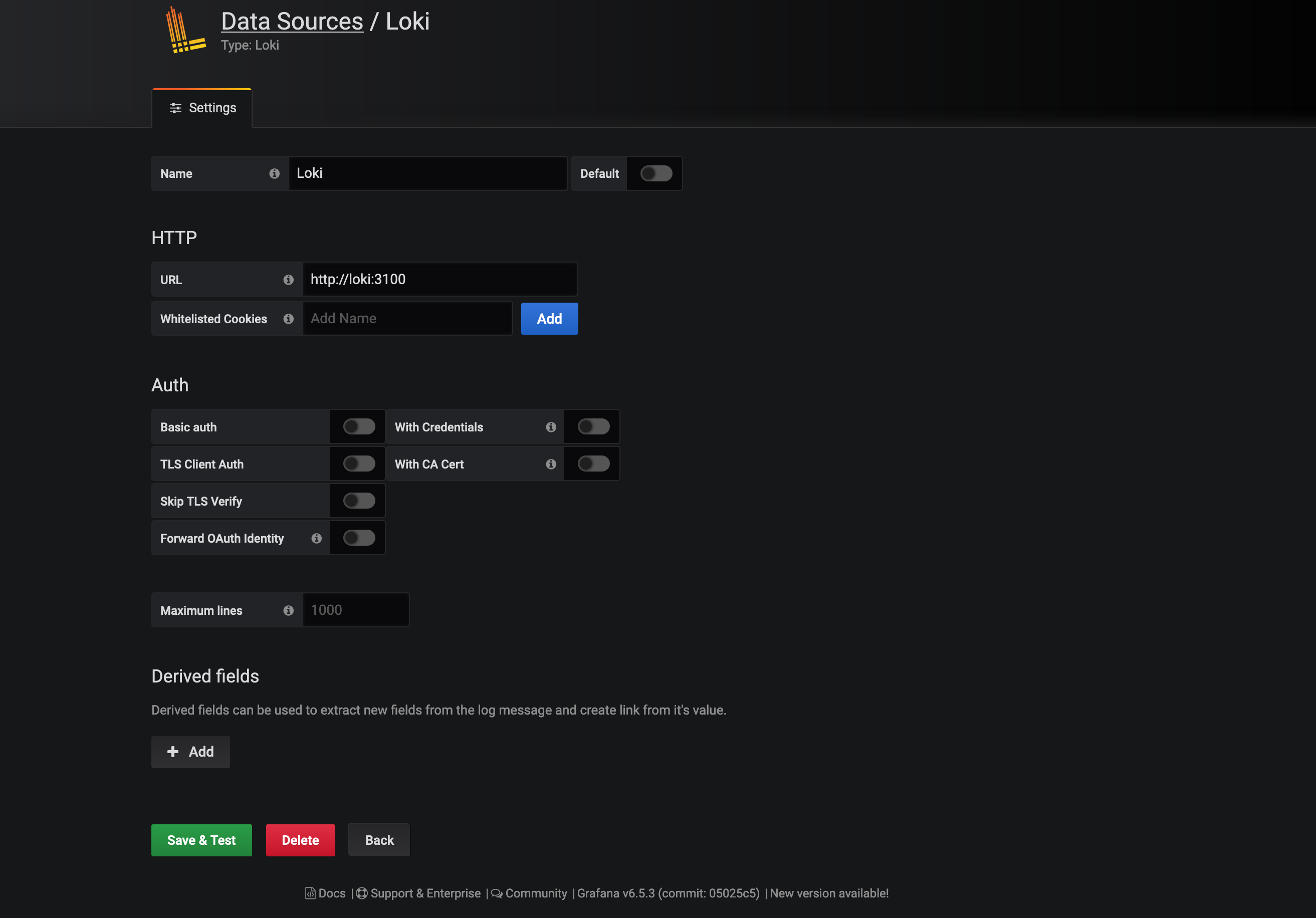 After adding Loki as a data source, go to explore and you should see all containers appear with automatic labels set by the Loki logging driver. 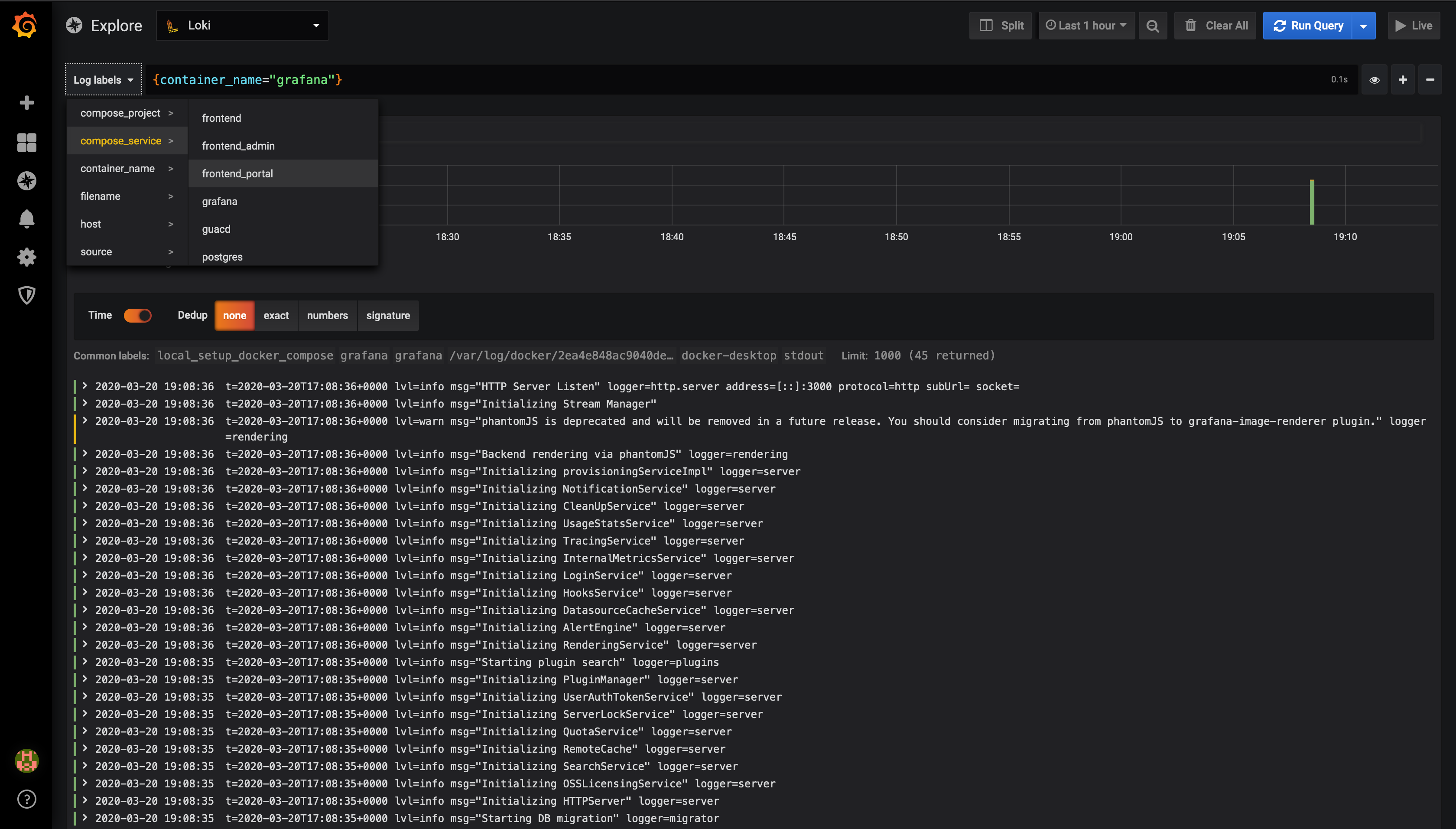 We saw how to define a Loki docker container, afterwards we added Loki logging driver as a docker plugin, and finally, we shipped all of our logs to Grafana with a simple configuration.